Women with a desire to bear children often resort to a so-called ovulation test (ovulation) or LH test to determine the best time for successful fertilization. In this article, I will like to clarify some questions regarding the determination of ovulation with the LH test. What things should be considered when determining ovulation with ovulation test, how to interpret the test result correctly and more tips on using LH tests I have summarized all these here. All the findings relate exclusively to my own subjective ovulation test experience to determine ovulation – unless another source is identified. 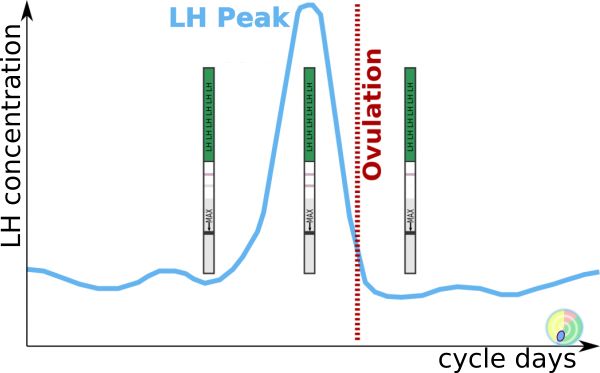 1. What does an Ovulation Test or LH test for home use do? 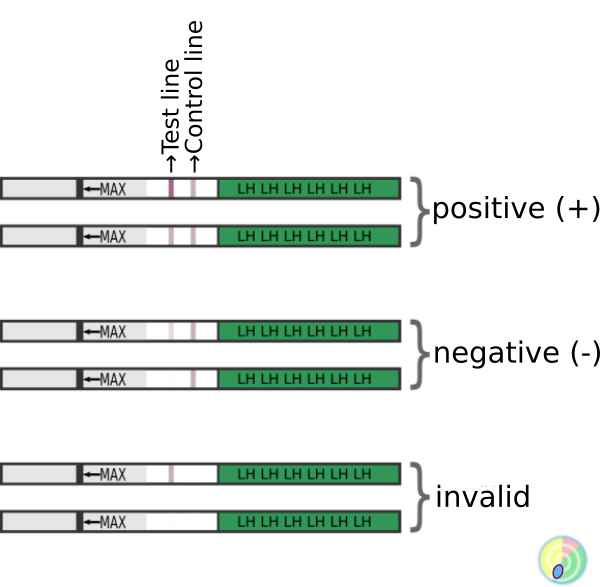 2. What can an Ovulation Test, judging from my experience, not do?

An Ovulation Test or LH test cannot prove 100% that ovulation has actually occurred. Although some companies claim the opposite and advertise with slogans such as “exact determination of ovulation”. However, I find that very exaggerated and simply wrong. Also, the exact time would personally be too inaccurate if I were to use an ovulation test to get pregnant. As the sole body signs, I find it too little and would therefore always use the Symptothermal method in addition. This gives a lot more clues to possible cycle disturbances or other reasons why the successful pregnancy has not yet occurred.

3. How expensive are Ovulation Tests or LH tests and where can you buy them?

There are many different Ovulation Tests/LH tests at different price ranges. I find a test strip for hormone determination in urine a very easy and inexpensive product. Manufacturing defects are very rare and an unnecessary plastic sheathing does not contribute to a different or even better test result. An ovulation test is and remains for me a penny article. €1.00 to over €20.00 is required per ovulation test or pregnancy test, I find it extremely outrageous by some manufacturers – the overpriced Ovulation Test and pregnancy test are mostly sold in pharmacies and supermarkets. That is why I chose the cheapest ones at Amazon.de. After all, these have exactly the same functionality as the expensive ones. Then a package of 50 ovulation tests (10 mIE/ml) and 15 Pregnancy tests (10 mIE/ml) was sold at a total price of about €13.00 plus €2.50 shipping costs. There is also a slightly cheaper pack of 50 ovulation tests (20 miu/ml) for about €10.99. I’ll explain why I didn’t buy it in the next section.

4. What do the values 10 mIE/ml and 20 miu/ml mean in an ovulation test or LH test and which variety is suitable?

Each woman has an individual concentration of Luteinizing hormones (LH) – both in low and increased concentration. This means, for example, in woman-1 the personal low value is about 5 mIE/ml and the LH peak is measured at about 11 mIE/ml. For example, woman-2 has a low value of 12 mIE/ml and an LH peak value of 40 mIE/ml. So, different women bring different test results, which have to be evaluated in a differentiated manner. Woman-2 would be able to determine her ovulation with a 20 mIE/ml ovulation test – woman-1 could not do that and would have to resort to the 10 mIE/ml ovulation test. I know that I have a very weak LH concentration increase. Because before I started using the Symptothermal method to avoid pregnancy, I had tried it unsuccessfully with Persona. This is a small computer in which you implement LH test trips and then get them evaluated by the Persona Computer. Depending on whether and when the ovulation was detected by the LH measurement, a red (fertile day) or green light (infertile days) was flashed. In my case, that was almost just red days, because the device simply could not find my increase in LHs. I concluded that my LH concentration is generally rather low. There is therefore at one instance an ovulation test/LH test, which from the value of 10 mIE/ml already has an increase (= positive test result) and another instance an ovulation test/LH test, which at the value of 20 mIE/ml first determines an increase. The unit IE stands for Internationale Einheit and the English counterpart iu stands for International unit. So you have to try to find out which test strips are suitable for you. If the increase is too low (<20 mIU/ml), the ovulation test with 20 miu/ml is never positive. However, the other way around it can also be a problem. Namely, if the normal value is always > 10 mIE/ml, the ovulation test with 10 mIE/ml always shows a positive result.

After I personally had my previous bad Experience with Persona, I clearly decided on the ovulation tests/LH tests with 10 miu/ml. I have been using the Symptothermal method for a long time now and I wanted to see if the Ovulation Test/LH test results match my cycle evaluation. I have documented my ovulation test experience in my 22nd and 23rd application cycle. In the following two illustrations, I entered the LH test result in the cycle sheet and also inserted in the top column special features of the original test strip photo. This can be seen very well that the LH-peak takes place just before ovulation. According to the studies, the period of ovulation is defined as follows: “Two days before and one day after the first higher measurement of basal body temperature. [1] ” In my 22nd cycle, this would be from the 22nd to the 25th and in my 23rd cycle from the 18th to the 21st. Thus, the positive ovulation test results are precisely in this range. 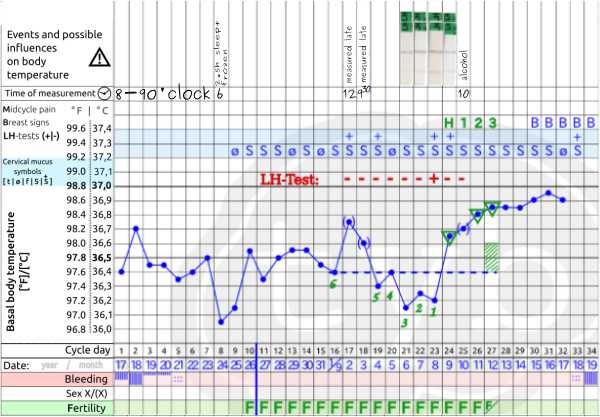 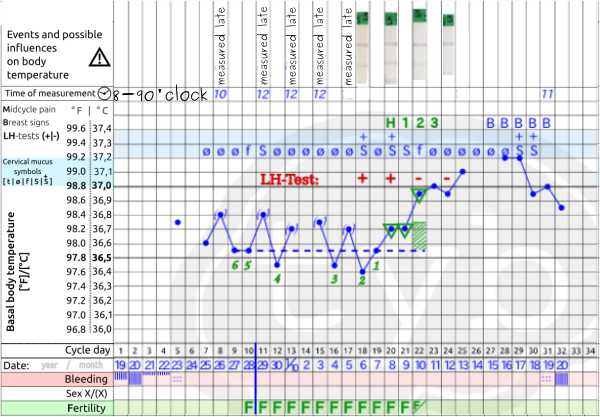 6. The conclusion of my Ovulation Test experience

Going by the definition of the package leaflets of the ovulation tests, I did not ovulate because my ovulation test results were always negative. According to the package leaflet, a positive test result can only be assumed if the test strip is about the same size as the control line. My Ovulation test experience showed me that I had at most LH test results with a weaker second Test line, i.e. a negative test result. However, by double checking with the Symptothermal method, I was able to see that I am certainly ovulating. In the case of ovulation, there is a clear basal body temperature increase and I had it in all cycles.
I suspect that my highest LH concentration was too low for a positive ovulation test result. However, I could see an LH concentration peak by comparing it to the previous LH tests. I rated the Ovulation test with my strongest individual test line as a “positive test result”.

I received the best match between the time frame of ovulation and “positive test result” with the *highly sensitive Ovulation tests (10 miu/ml). By entering my cycle sheet you can see that it may well be my LH-peak (LH-rise), because shortly thereafter my first higher measurement occurred. After that, you can definitely say that ovulation has taken place. According to some manufacturers, only negative test results would be a sign that you have no ovulation at all. I can clearly disagree with this and I would like to encourage all women with a desire for childbearing to determine the fertile days with the Symptothermal method, as I have done in this article. You will find everything you need in my Get Pregnant Starter Set.