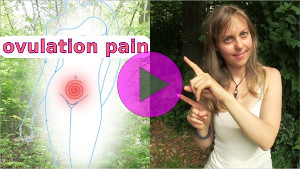 NEW Video Ovulation Pain a Sure Sign of Ovulation?

As a fertility counselor, I’m often asked whether ovulation pains can indicate ovulation, how to recognize ovulation pains, why they happen, and whether they can be used to determine the fertile days in your cycle. In this article, I will answer all these questions and provide evidence for my answers with medical studies from the German book NFP heute. The book’s title means “Fertility Awareness Today,” but unfortunately, there isn’t an English translation available. At the end of this article, I have another little surprise for you. I hope you’re excited!

How can you recognize ovulation pain?

How long does ovulation pain last? 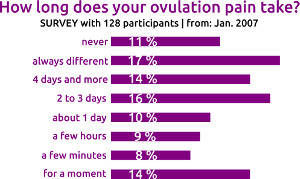 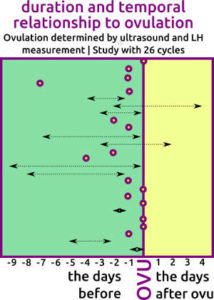 How many women experience ovulation pain? 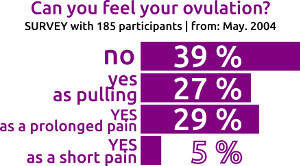 Only about 30 to 40 percent of women notice ovulation pain during their cycles. Only 17 percent of women experience ovulation pain on a regular basis. This could lead you to conclude that ovulation pain is a rare physical symptom. However, I don’t see it this way, since the study only included women who didn’t normally document their cycles. If we look at women who use the Symptothermal method and document their physical symptoms each cycle, the numbers look very different. According to one survey in a fertility awareness forum from Germany, about two thirds of women who use the Symptothermal method experience ovulation pain. Now it’s clear why ovulation pain can’t be used as a primary symptom of your fertile days. Almost every woman can document her cervical mucus and basal temperature. However, for ovulation pain, it’s also entirely normal for a woman not to experience it in her cycle at all.

This question is still disputed by science. Currently, scientists are considering several possible causes for ovulation pain. In most theories, ovulation pain is related to tension in the ovary capsule when the follicle matures quickly. Other scientists think that the cause may be hormones that lead to a contraction in the fallopian tube when sperm go into the correct fallopian tube before fertilization and the fallopian tube lays its funnel on the ovary to catch the egg. It is likely that there are several causes for ovulation pain, because this is the only explanation for why it is experienced in so many different forms and with so many different durations.

What can I do about severe ovulation pain?

Some women really suffer from ovulation pain, as in rare cases, it can last for multiple hours and be as strong as menstrual cramps. In this case, warm baths and cycle teas can be very helpful in minimizing the pain.

My view of ovulation pain

Ovulation pain is one of the most important secondary symptoms of fertility. If you use it in combination with the primary symptoms of fertility, namely cervical mucus (or: the cervix) and your basal temperature, it can be used to determine the time of ovulation more precisely. However, it must be viewed as a secondary symptom, because it can take place within a broad span of time and is not observed in all women. That means that if you really want to know when you are MOST fertile and when you ovulate, I recommend that you learn the Symptothermal method. Using this method, you can learn to determine when you ovulate occurs within a few days, and using the basal temperature curve, you can even tell if you are pregnant without a pregnancy test. I explain how it all works in my Get Pregnant Starter Set. Many women have already successfully become pregnant with this set, and you’ll find everything in it that you need to start right away.

Lots of ♥ and good luck with conceiving! Yours,
Marcus and Anne