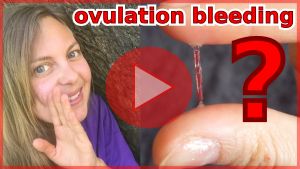 For many women, ovulation bleeding seems unusual or mysterious, because knowledge about the different types of bleeding is often very limited. Women start or stop taking birth control pills, and suddenly experience bleeding in the middle of their cycles. But what does this midcycle bleeding tell us, why does it happen, and can it really tell us when ovulation occurs? As a fertility counselor, I’ve seen many cycles with ovulation bleeding, and in this article, I’ll tell you the three major secrets of ovulation bleeding. But that’s enough introduction – let’s get started!

1. What is ovulation bleeding, and how can you recognize it? 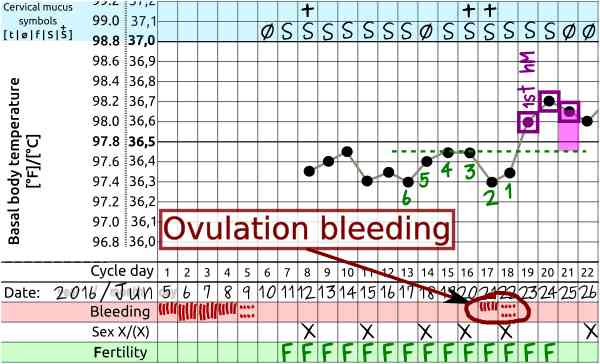 2. Why does ovulation bleeding happen?

The medical causes of ovulation bleeding are not yet fully understood. Currently, scientists believe that estrogen levels drop drastically in some women shortly before ovulation. They fall below a critical level that is necessary to keep all of the uterine lining that has developed during the follicular phase. Consequently, a (generally small) amount of the uterine lining is sloughed off, which can be observed in short midcycle bleeding, or “ovulation bleeding.”

3. Does ovulation bleeding happen during every ovulation? 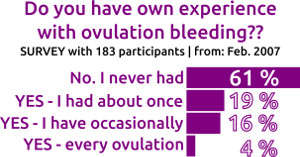 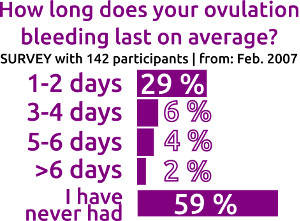 Because ovulation bleeding happens so rarely, it remains a mystery for many women even today. Some of you may never have experienced ovulation bleeding in your lives. However, if you are among the women who experience this special bleeding, it is a very interesting sign of fertility. However, it shouldn’t be used to determine the time of ovulation on its own. Only the combination of your basal temperature and cervical mucus or cervix can be used to determine the time of ovulation within a few days simply by observing your body. That’s why I recommend learning the Symptothermal method to every woman who really wants to get pregnant. Anne will explain exactly how it works and what you need in her Get Pregnant Starter Set. I’ve used this set to help many women become pregnant quickly and easily.
Wishing you all the best and lots of fertility,