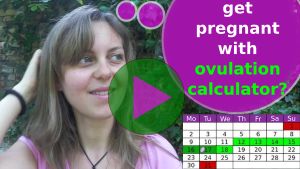 Can sex at the time determined by an ovulation calculator make you pregnant more easily? My Ultimate Test Report and Comparison with FAMs.

For a long time, I’ve wondered whether ovulation calculators are really effective when you want to have children. I’m writing about this because as a fertility counselor, I know that many women try to become pregnant using an ovulation calculator. In this article, I won’t just explain how an ovulation calculator works, but will also compare with what is, in my opinion, the best natural method for fertility. In addition, I won’t use just any cycle, but rather the pregnancy cycle of my girlfriend. Which is to say the cycle in which our little son was created.

How does an ovulation calculator work?

Most ovulation calculators that I tried in my research for this article wanted to know two things about you:
1.) When was your last menstruation?
2.) How long is your cycle?
Answering the first question is very easy – provided you keep a menstruation calendar. For my girlfriend, the first day of menstruation in the cycle was the 18th of January, 2012. That was really simple. But with the second question, I had already reached the first problem. My girlfriend’s cycles vary between 27 and 35 days. What should I write down? Of course, I couldn’t foresee how the coming cycle would actually be, so I entered Anne’s shortest previous cycle length (27 days) and longest length (35 days) to compare the results.

To compare, I documented Anne’s temperature curve and cervical mucus and determined the fertile days with the Symptothermal method. The Symptothermal method is currently the best method for determining the fertile days, because it originates from the woman’s real biology. According to this method, a woman is highly fertile as soon as she sees her individual best quality cervical mucus (for example, elastic and transparent) until the day her temperature rises (1st higher measurement). For Anne, that was the case from February 2nd to the 5th of 2012. According to the Symptothermal method, ovulation occurs one day before to one day after peak day of the mucus. That means from the 4th to the 6th of February 2012, which is to say the 18-20 days of the cycle.

Pregnancy cycle of Anne with the symptothermal method documented

Comparing the Symptothermal Method with the Ovulation Calculator

Comparison: Time of ovulation according to the ovulation calculator (with 27 day cycle) and the Symptothermal method

Good to know:
Your temperature curve can tell you whether you have ovulated. It’s when the temperature slightly increases over the course of the cycle and remains elevated. This is because the increase in temperature is directly linked to the production of progesterone. And progesterone is only sufficiently produced by the corpus luteum in the ovary when ovulation is past.

Comparison: Time of ovulation according to the ovulation calculator (with 35 day cycle) and the Symptothermal method

Comparing the Symptothermal Method with the Ovulation Calculator

Good to know: Cervical mucus is the MOST important physical sign for becoming pregnant. It changes over the course of the cycle. The closer to ovulation, the more fluid, stretchy, and elastic the mucus becomes. 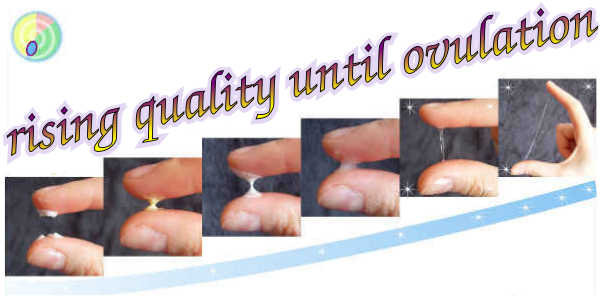 Is an ovulation calculator worth it?

Ovulation does not takes place exacly 14 days before ovulation

The problem is that an ovulation calculator always begins with the assumption that ovulation takes place exactly 14 days before menstruation. According to current findings, that isn’t correct, because this time frame varies between 12 and 16 days for most women.

The Natural Length of Cycle vary between 23 and 35 days

In addition, NO woman always has exactly similar natural cycles, and the length of the cycle can’t be determined to the day ahead of time. For my girlfriend, Anne, the length of her cycles varied between 27 and 35 days. According to the results of studies, this time frame can vary between 23 and 35 days in healthy women. These variations in the natural cycle make the calculations of fertile days and of ovulation with an ovulation calculator inexact and unusable.

If you really want to become pregnant, I recommend observing your cervical mucus and measuring your temperature, then determining your fertile days with the Symptothermal method. It has been verified that FAMs can increase pregnancy rates. My girlfriend and many other women that we advise in our courses have become pregnant naturally and relatively quickly using these methods.

Symptothermal Method can help you to get pregnant