What does your Basal Temperature tells you | Pregnancy tips 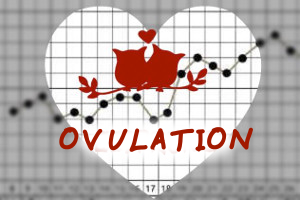 Among other things, your basal temperature can tell you when to have sexual intercourse in order to get pregnant quickly

Getting pregnant with the help of basal temperature

In fact, your basal temperature communicates with you and tells you when you’re fertile, when your ovulation occurs and when you should have sexual intercourse to be very likely to get pregnant. To be fair, I must say that the Basal temperature is only half the battle to determine your fertile days-the second part of the fertility puzzle consists of your cervical mucus or your cervix. To know when you’re highly fertile, you must first understand the language of your basal temperature (and also that of your cervical mucus or cervix). Once you understand them, you’ll have a new ingenious access to your own body, because you wouldn’t only know when fertility days are high, but also if you’re pregnant or not, it equally tells your morning waking temperature. It’s virtually your cheapest and most reliable fertility indicator and pregnancy test in the World! If that’s not awesome, then I don’t know either.

If, on certain days of your cycle, you wake up in the morning just after, measure your body temperature and note the value, this temperature curve can tell you the number of days of the ovulation phase. For women, their body temperature has something special-it’s not at the same temperature level every day of the cycle. For me, 2009 was the greatest insight of the century. Even if this awareness already exists much longer in humans. In the 1960s, it was discovered for the first time that women’s body temperature changes during the cycle. So why didn’t I experienced it until 2009, when I was already 23 years old? But that’s another story…
My basal temperature has been communicating to me since 2009 and I’m excited, curve after curve, how much my body shows me exactly what’s going on inside of me. In the meantime, I had two wonderful sons, among other things, thanks to the basal temperature. From the two pregnancies, I could say from my basal temperature curve that I was pregnant. It was a great show to me at all time.

Where can you measure the basal temperature?

In order to better understand the language of your basal temperature in the best possible way, you must try to measure as accurately as possible. This means, you can choose one of the three appropriate locations for this purpose: the mouth (under the tongue), the vulva or buttocks. What matters isn’t the place you choose, but the fact that you keep it for a complete cycle. It is best to measure your basal temperature in the morning for 3 minutes in bed before you get up from bed. This is important because you want to know the temperature of your body at rest (basal).

Which thermometer is used to measure the basal temperature?

Your basal thermometer is your direct interpreter to communicate with your basal temperature. It always tells you the exact temperature that currently exists in your body. Depending on your preference in degrees Celsius [°c] or Fahrenheit [°f]. You can use a standard basal thermometer to measure, but with two decimal places if you choose a digital thermometer. From the very cheap to the relatively expensive, you have a large selection of thermometers. Personally, I prefer an analogue glas-thermometer – like the Geratherm.

Enter the basal temperature in the table

After measuring it in the morning, you can immediately write what your basal temperature was. For example, it’s suitable for a Fertility Awareness Cycle Sheet in PDF format in which you can also enter additional observations and cycle information. Download, print and get started.

Enter the basal temperature in an App

Theoretically, you can also use an App to enter your basal temperature values. There are an infinite number of Cycles Apps-although I can only recommend three. Unfortunately, the others are not suitable to find your real fertile days. These three Apps are: Ladycycle (Android), Lily (iPhone) and my Symptothermal Method (iPhone). Depending on the nature and the device you own, you just choose one.

Now, you have to decide-do you want to fully master your body language and basal temperature? Do you want to increase your body competence and perception immensely? Or do you want to use the new digital possibilities, understands nothing on your body language and therefore always call on an interpreter? It’s your decision. Or are you one of those who are fluent in a language and always ask for advice from an interpreter? I must admit that I also initially belonged to the latter. In the meantime, depending on my mood, I sometimes enter the cycle sheet or App. On the chart below, you can see how temperature increase is evaluated. For a more detailed explanation, I recommend my eBook “when am I fertile?”. After reading the eBook, you will be like a native speaker and will understand all the phases and peculiarities of your cycle.

For a clear overview of the complete curve, you can receive your cycle by e-mail in PDF format and then print it with a printer. This way, you can admire your beautiful and unique curve. The App may show you an already evaluated chart. If you prefer to select the variant with the pen itself in the cycle sheet, you can print the blank cycle sheet beforehand. With a completed cycle sheet, you can then impress your friends and tell them what your basal temperature means.

During your period, your basal temperature can be very individual. On the one hand, there are women who already have a low body temperature from the first day of bleeding. This is also a very reliable scoreboard/indicator that your menstruation is coming today or tomorrow. On the other hand, however, there are also women, in which a higher temperature is still measured on the first days of their period and then gradually decreases towards the end of the bleeding.

In my eBook there are numerous examples of basal temperature curves with evaluation and detailed explanation of course. So you can imagine what it looks like, I’ll show you an example below. Here, you can see how in the first two weeks, a relatively low temperature fluctuates slightly back and forth. Then, in the Ovulation phase, the basal temperature rises by a few tenths of a degree. The total temperature level is now higher than before after Ovulation.

Basal temperature curve: when is ovulation?

Documenting just your basal temperature isn’t enough, in my opinion, to get pregnant. Just the cervical mucus fertility sign tells you when it’s necessary to have sex in order to get pregnant. For an optimal understanding of your body language, I recommend that you observe and document your basal temperature and cervical mucus in combination. In the example, we can equally see how the cervical mucus of the woman can be evaluated and interpreted according to different categories (f, S, S +). One must be able to observe and evaluate, For example, a clear cervical mucus peak should be observed and evaluated with H123. It’s only when the temperature curve and the mucus peak are evaluable that you can determine exactly the fertile days. The evaluation of such a high mucus peak is explained in the literature as well as in my book.

Basal temperature curve when you’re pregnant and during pregnancy

Yeah that’s really super awesome. If you’re pregnant, your basal temperature clearly indicates to you by staying upright just after the rise and sometimes even a little. This last for about the first three months of pregnancy, after which it may eventually become deeper. Incidentally, when the birth phase begins, there may also be a significant drop in basal temperature. It’s important that temperature curve analysis and the determination of the increase are done according to certain rules, which are explained in detail in my book.

Implantation takes place about a week after ovulation. During this cycle phase, your body starts to realize that you’re pregnant! Even during implantation, the basal temperature is in the upper range.

Conclusion: What does your basal temperature tells you?

Your basal temperature tells you when your ovulation was and whether you had it or not in the current cycle. If you aren’t pregnant, it even tells you when your menstruation will begin. Of course, if you got pregnant in the current cycle, it tells you! So you don’t even need to buy a pregnancy test. I wish you pleasant and fruitful days with much love! & Your fertility expert
Anne