Learn to interpret the cervical mucus correctly to get pregnant and determine your fertile days in the cycle. I’ll give you my top tips in this paper!

What is the Cervical Mucus?

When are the fertile days?

On days with very good cervical mucus quality and just before your rise in temperature, are a rough explanation of the fertile days. The quality of the Mucus is determined by observation in cycle progression and categorized by appearance and feel with symbols (e.g. f, S, S+) entered into a cycle sheet or an app. Whether the quality of the mucus is good or the best for each woman varies individually from woman to woman and cycle to cycle. For this reason, the mucus must be re-observed every cycle. The mucus alone is very distinctive for determining the fertile days, but not sufficient. The best way to determine your fertile days is by carefully monitoring your cervical mucus in combination with your basal body temperature. If you want to know exactly, in my eBook “When am I fertile?” you will find a detailed step-by-step guide to observing and determining your individual fertile days in the cycle. So you know exactly when your chances of getting pregnant are greatest. 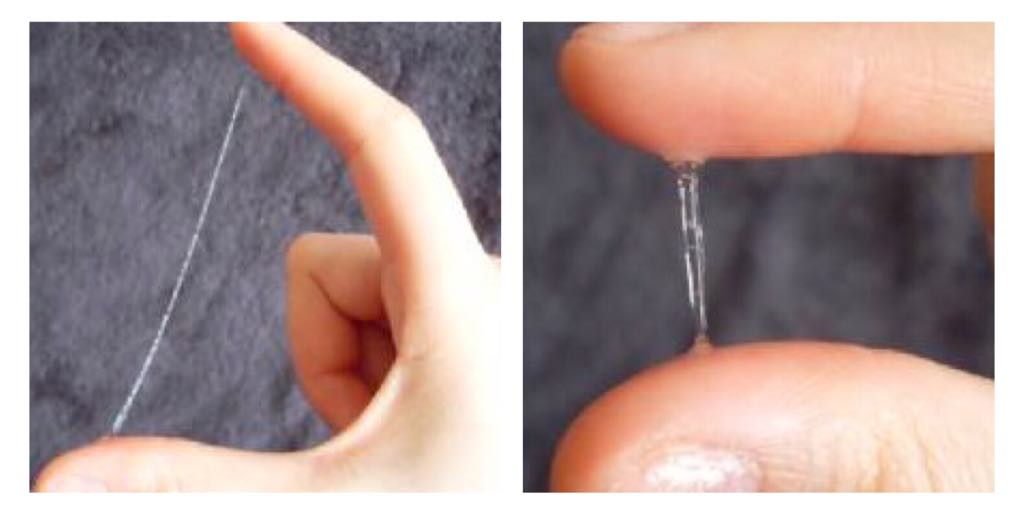 Shortly after fertilization, many women think they can Sence it, Feel it or Smell whether or not the particular sex has led to pregnancy. Some women have already told me that the cervical mucus secretion mixed with the sperm, which ultimately really led to pregnancy, had a very special smell of its own right after sex. From a scientific point of view, there are no studies on this yet. However, I am not aware of any special feature that can be observed on the cervical mucus after fertilization. As a result, you cannot clearly see from the cervical mucus whether or not it has apparently let to the union of your egg with a sperm.

Get pregnant with the help of cervical mucus

Cervical Mucus Observation at the beginning of pregnancy

With an initial pregnancy, of course, you can also observe your cervical mucus. What this mucus looks like is very different individually. Either you don‘t see anything at all or you observe a longer mucus phase, which always stays at roughly the same consistency and colour. The pregnancy begins with the implantation – unfortunately this cannot be clearly determined on the basis of cervical mucus observation. Some women notice a light spotting or slightly reddish, brownish cervical mucus during the implantation phase. However, it can never be quite clear whether this is an implantation bleeding or not, as an intermenstrual bleeding can have different causes. Again, I have to make the recommendation for temperature measurement clearly, because by evaluating the basal temperature curve you can determine even in the beginning of pregnancy 99.9% whether you are pregnant or not.

In case you haven’t got pregnant, you may also be able to observe cervical mucus just before your next period. Often this is even hormonally conditioned again in a similar good quality as during the ovulation phase. In order not to fall into deception, I also recommend at this point simply to measure and document the temperature. So you get a very clear overall picture of your cycle.

If you want to interpret your cervical mucus in order to get pregnant, I recommend you use the Symptothermal Method (NFP) and, if possible, have sex if you can see cervical mucus in your individual best quality. With these two essential tips, you have a great chance of getting pregnant. Statistically, 81 percent become pregnant after half a year of Fertility Awareness application using the Symptothermal Method. After a year, the figure was as high as 92 percent in the 2003 Study. In comparison, without the use of a specific method, only 60% of women become pregnant after 6 months. So there is no doubt that it is possible to determine your fertile days using the Symptothermal Method i.e. to document your cervical mucus and temperature in the course of the cycle.

I wish you every success in getting pregnant with your cervical mucus!